Pain in the Knee after Ligament Injury

A knee sprain is a common injury that refers to a stretched or torn ligament on the knee joint. This can happen during sports, after falls, trauma or during a car accident. The knee has four ligaments, and according to the CDC the anterior cruciate ligament (ACL) is injured most often, with 250,000 cases per year in the U.S. Read in this article about symptoms, causes and treatment options of knee ligament injuries. 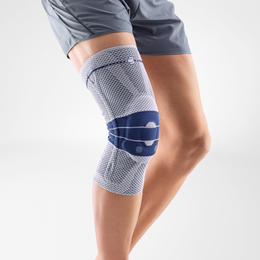 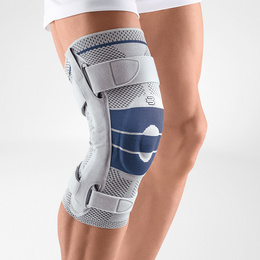 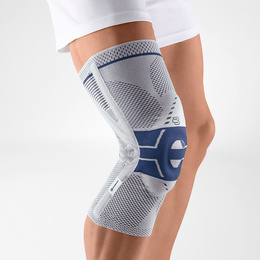 Symptoms of a Sprained Knee 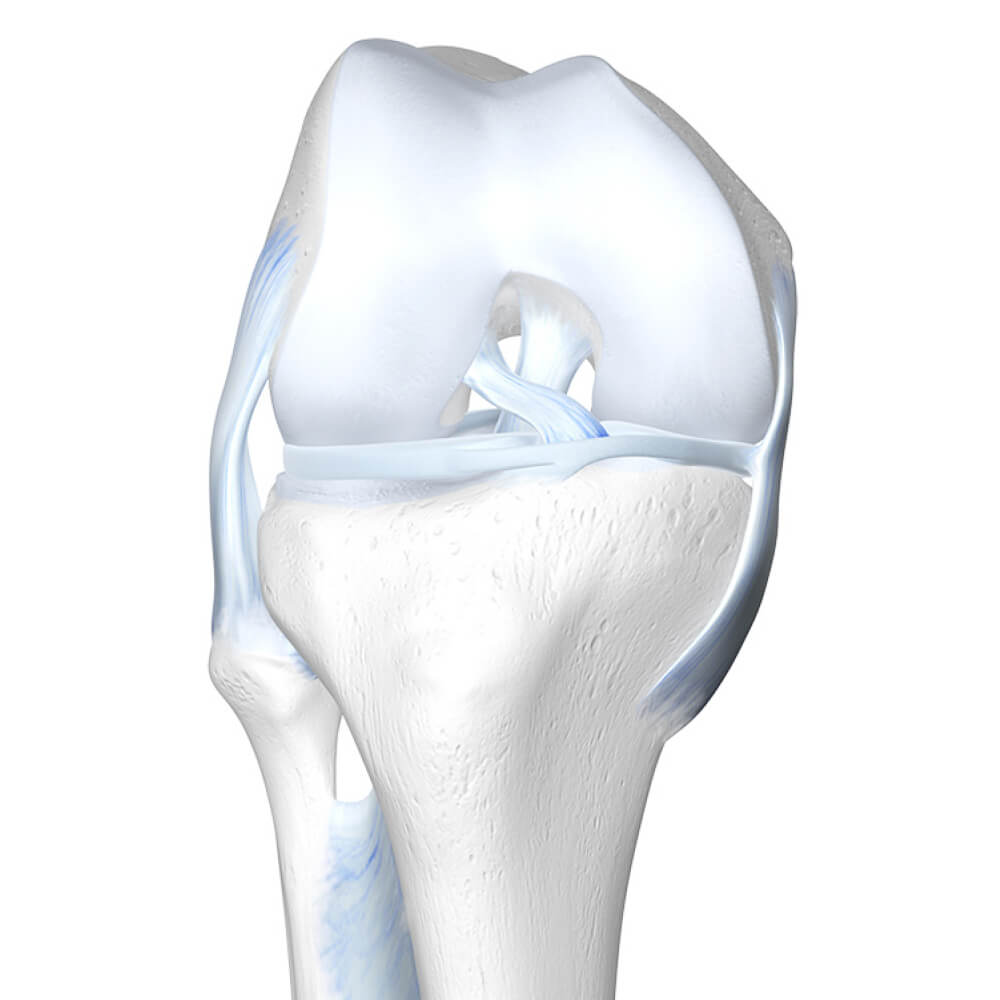 Depending on which ligament you've injured, you will probably feel pain in different areas of the knee. After a Lateral Collateral Ligament (LCL) sprain, you might feel pain on the outside of the knee. By contrast, you would feel pain on the inner side after injuring the MCL. And while injuring one of the X-shaped ligaments of the knee, you might hear a popping sound. An ACL injury is the most common ligament injury and can also involve more than one ligament – this condition is commonly called “Unhappy Triad”.

When to see a doctor

Consult a doctor if your knee looks deformed, you can’t completely bend and straighten it, your pain does not subside within a few days or you develop a fever.

These ligaments can be torn through a direct sideways blow or fall. LCL injuries are the rarest, as most of them happen with a blow to the inside of the leg and the other leg usually shields it.

After examining your knee closely, your doctor might use diagnostic imaging like X-ray, computed tomography (CT), or magnetic resonance imaging (MRI) to determine the exact cause of your knee sprain.

There are several treatment options for a sprained knee. Depending on the severity, some may be treated at home. The most important component of treatment is to alleviate pain immediately. If your knee pain does not get better within a few days, please see your doctor. 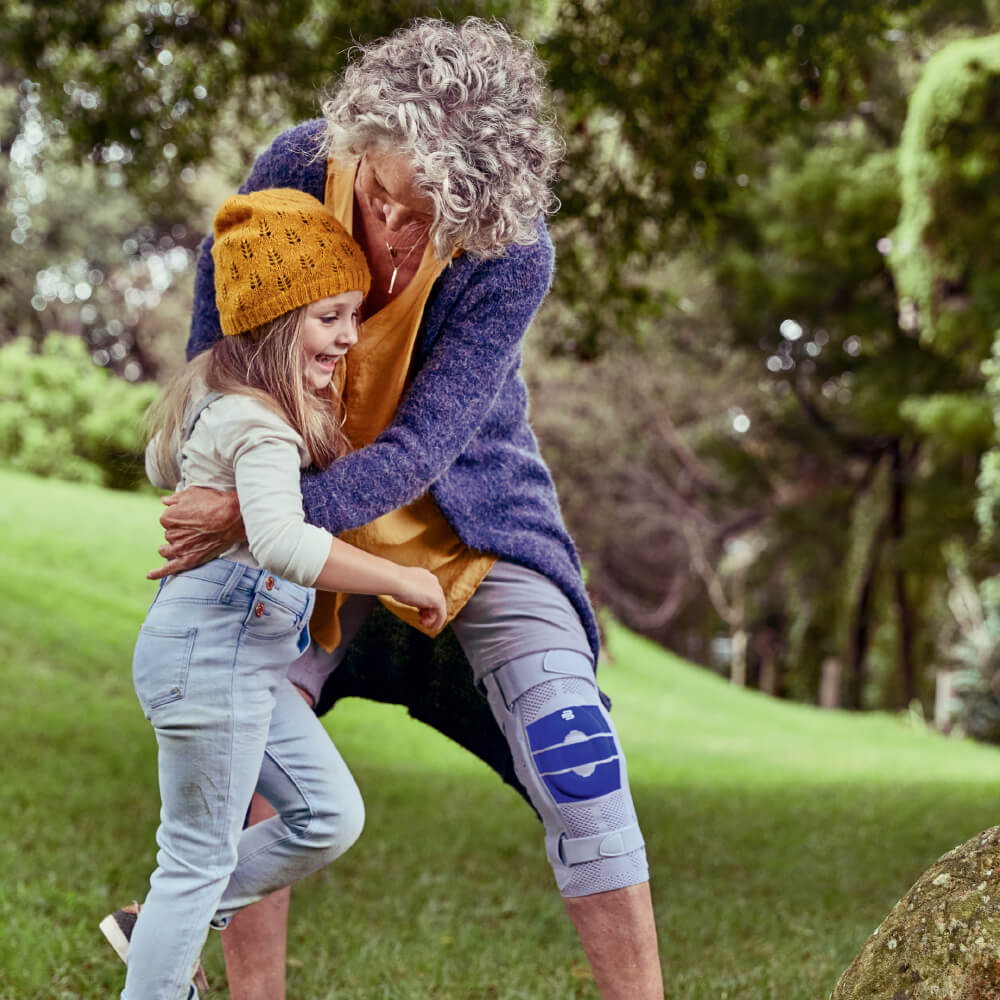 With side bars and adjustable strap system for superior stability. The GenuTrain S knee brace is a comfortable, knitted support with medical-grade compression and viscoelastic massage pad providing relief from pain and swelling with every step. 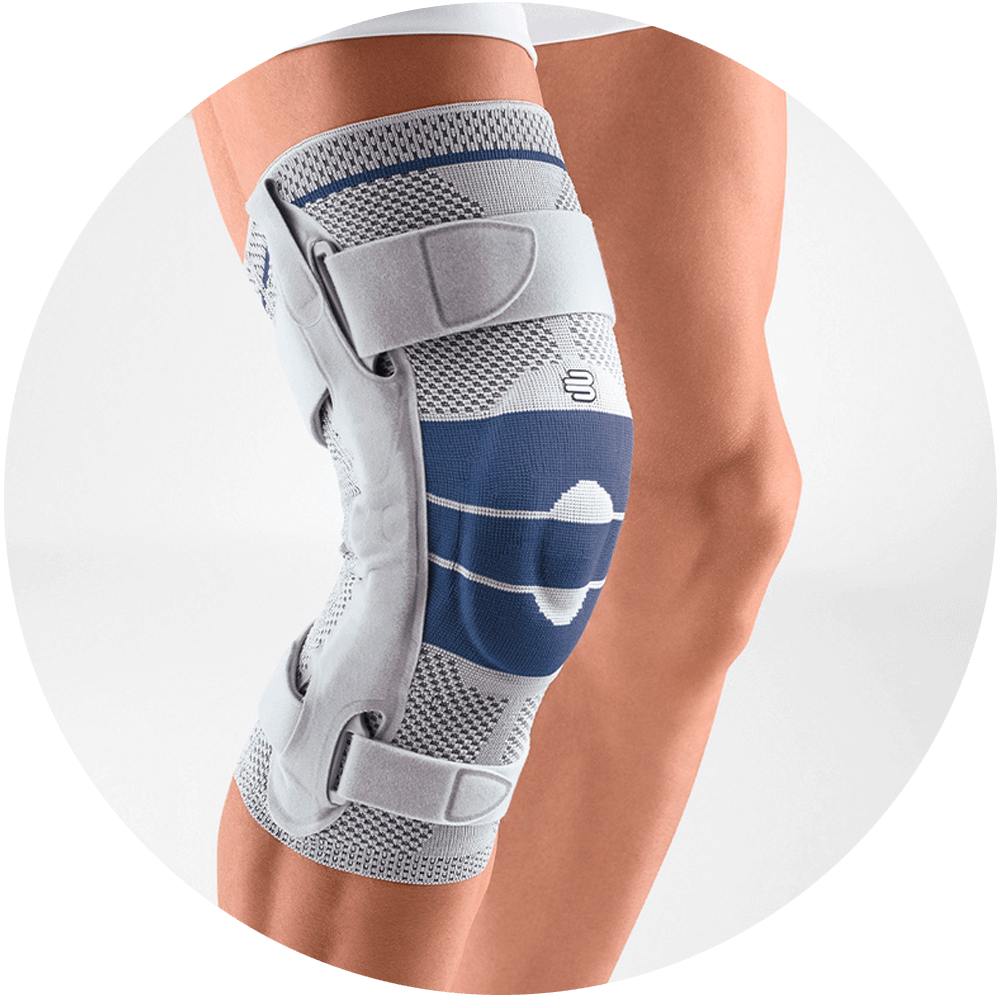 Typically mild to moderate ligament injuries heal with conservative therapy within a few weeks. However, more severe cases (grade 3) might require surgery and months to heal. The Bauerfeind GenuTrain S knee brace can help you get back to normal - stabilizing and reliving your knee pain until you recover to full strength and mobility.

Secure and stabilize your knee with GenuTrain S

Does you knee cap shift out of place? Read more about causes and treatment

This information is provided for general information purposes and should not be relied on as a substitute for medical advice, evaluation or care from a qualified and licensed health care provider. The information contained here is not to be considered a plan of care of physical therapy.
Professional Assistance
Speak with one of our expert product specialists.
Monday - Thursday: 9am - 6pm EST
Friday: 9am - 5pm EST
(800) 423-3405
NEW SPORT KNEE SUPPORT NBA
Officially licensed knee brace
of the NBA
Trusted by NBA athletes and professional athletic trainers with its innovative design delivering superior comfort, stability and pain relief to players overcoming injury.
Shop Sports Knee Support NBA

100% GUARANTEE
Satisfaction guaranteed or your money back
60 day money back guarantee if you are not 100% satisfied with your product!
Learn more...